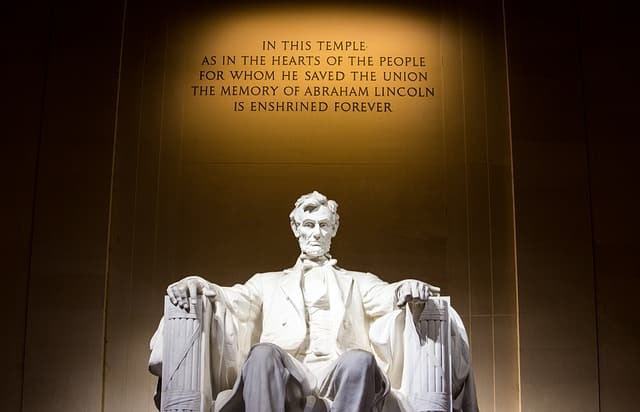 O National Museum of Natural History (NMNH) is the museum to go to if you want to learn anything and everything about the planet. Exhibits regularly change, but you can always find something about astronomy, science, paleontology, energy, chemistry, gems and minerals, sea life, wildlife and more. The museum also leads research on the natural world and addresses current topics like biological diversity and global climate change. You could easily spend two or three days visiting the different exhibits, though most people spend at least one there.

O National Museum of African American History and Culture is one of the most recent museums to join the Smithsonian Institution. It is the nation’s largest and most comprehensive museum devoted to the African American story and its impact on both American and world history. The museum highlights the contributions of African Americans through over 37,000 objects and has thousands upon thousands of members.

O American Art Museum and Renwick Gallery (SAAM) is the nation’s first collection of American art and home to one of the largest and most inclusive collections of American art in the world. More than 7,000 artists from the colonial period to modern times are represented through photography, contemporary folk and self-taught art, African American art, Latino art, video games and more.

O Smithsonian’s National Zoo and Conservation Biology Institute is the leading conservation institute and zoo in the nation, with over 3,200-acres dedicated toward saving wildlife and habitats of some of the world’s most endangered animals. Alongside conservation, over 200 scientists work together to find and share knowledge that will help the species in survival and the recovery of their habitats.

O Pentagon is the headquarters for the Department of Defense (DOD) and is located across the Potomac River in Arlington, Virginia. Though it is America’s primary national security defense center, you can take a 60-minute tour of it for free. You have to request a slot between 14 to 90 days before you plan on visiting. On the day of your tour, make sure you check in at least 60 minutes before it begins to allow enough time for security checks.

O Library of Congress (LOC) is home to America’s official library, with 168 million items in 470 languages. It also operates as the Congressional Research Service, where it provides “confidential, objective and authoritative research and analysis to help inform the legislative debate;” it is the backbone of America’s constitution. It is most notably home to the most extensive collection of legal materials, films, maps, sheet music and sound recordings in the world. The LOC is open to the public and offers free tours.

O Supreme Court is the United State’s highest level of the judiciary branch and upholds the laws set by America’s constitution. It is open to the public and allows people to attend public sessions, where the Justices hear two, one-hour oral arguments. The Supreme Court does not offer guided tours.