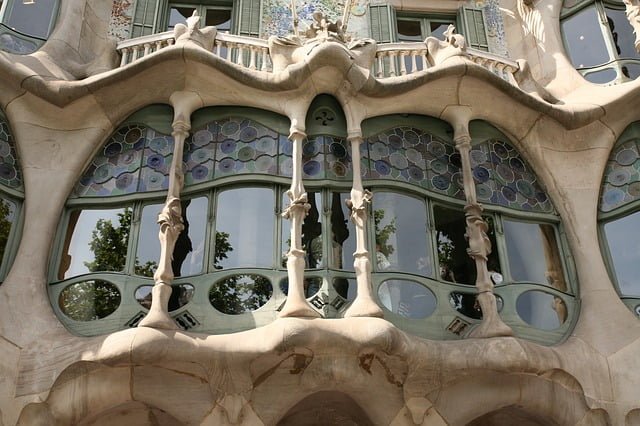 Top things to do in Barcelona

Barcelona, Spain is the second largest city in the nation following Madrid and the sixth largest in the European Union — around 1.6 million people live in the city limits and another 4.8 million living within the metropolitan area — making the autonomous Catalonian capital a diverse city with countless ways to spend your time.

Whether it’s your first time in one of the world’s most visited cities or you’re a regular, Barcelona has something for everyone — fill yourself with wine and tapas, sunbathe at world-renowned beaches, dance the evening away with some of the best nightlife and marvel at both ancient and modern architecture.

The seemingly endless activities can make it challenging to decide where and how you spend your time in Barcelona, with most people only spending between 3–7 days in the city.

However, this guide will help make your choices easier:

Barri Gotic, the Gothic Quarter, is home to Barcelona’s oldest neighborhood and is a maze of buildings from over 2,000 years ago — dating back to the Roman era.

The neighborhood is one of the city’s most popular tourist areas and is home to a vibrant scene of both modern and ancient art, which can only be found by wandering the labyrinth of streets and alleyways.

La Seu Barcelona Cathedral (the Barcelona Cathedral) is at the heart of Barri Gotic. The cathedral, which was built between 1298-1448, is dedicated to Barcelona’s patron saint, Santa Eulalia. One of the highlights is visiting Eulalia’s tomb, who was martyred because of her faith. You can also get the best view of the entire gothic quarter from the top of the cathedral. It costs 3€ to visit the crypt and another 3€ for the roof. Make sure you stop in the Placa Nova for traditional Spanish music after touring the cathedral.

Since Barcelona was founded as a Roman colony, it’s full of ancient ruins. However, they can be easy to miss. Near the cathedral, you’ll find a wall that was once an aqueduct, as well as four columns from the 2,000-year-old Temple of Augustus.

Make a point to walk along Carrer del Bisbe, one of the neighborhood’s most iconic streets. It also happens to be where you’ll find the famous neo-Gothic bridge, which is one of the most popular sites within the Barri Gotic.

Get your Gaudí on at one of his seven UNESCO sites

Antoni Gaudí (1852–1926) is a Catalan architect that is credited for bringing modernism to Barcelona.

Despite his unusually eclectic and distinct style, he was given free rein when designing the seven gardens, sculptures and buildings that Barcelona is now famous for  — Parque Güell, Palacio Güell, Casa Mila, Casa Vicens, the Nativity façade and Crypt of La Sagrada Familia, Casa Batlló and the crypt in Colonia Güell.

In 1984, his seven pieces were declared a UNESCO World Heritage Site and became formally known as the Works of Anton Gaudí.

Some of the most popular of these works are:

Parque Güelle (located in La Salut) is a public park system, where Gaudí designed both the greenspace and architecture. The park houses some of Barcelona’s best nature and biodiversity alongside Gaudí’s unique architectural pieces, which makes it one of the most Instagrammable places in the city. It is open from 8 a.m. to 8 p.m. and is 10€ to enter.

Casa Batlló (located in Vila de Gràcia) is one of Gaudí’s most popular works and now operates as a museum. The outside of the building is considered a masterpiece, while the inside is the best place to learn about him and also enjoy revolving art exhibits. The museum is open from 9 a.m. to 9 p.m. and tickets start at 25€. Expect to spend around an hour there.

Casa Mila or La Pedrera (located in Vila de Gràcia) is the former home of a wealthy Catalonian couple who commissioned Gaudí to construct the apartment building. It is now home to various art and music exhibits. You can visit from 9 a.m. to 8:30 p.m. and tickets start at 22€. Most people spend an hour to an hour and a half exploring it.

While the basilica’s design started in the gothic fashion with Villar, Gaudí transformed what remained into Art Nouveau, which was a popular style during his time.

However, the basilica still hasn’t been completed because of Gaudí’s untimely death in the 1920s followed by the Spanish Civil War in the 1930s that destroyed some of the plans. Work is ongoing, though, and is expected to be completed in 2026.

Have your surrealism fix on the Dalí Triangle

Salvador Dalí (1904–1989) is another famous Catalonian artist, who created striking and bizarre surrealism paintings, including The Persistence of Memory (housed in the Museum of Modern Art in New York City).

Venture along the Dalí Triangle to learn more about the artist and his works:

Salvador Dalí House (located in Portlligat) was Dalí’s only fixed home and is now his museum, where you’ll discover everything you want to know about him. The museum’s opening and closing times change depending on the day. Tickets start at 12€, and most people spend an hour to an hour and a half exploring it.

Gala Dalí Castle (located in Púbol) is a medieval castle that Dalí rented toward the end of his life in pursuit of creativity. The opening hours also depend on the day and should be looked at ahead of time. Expect to spend a few hours at the museum; tickets are 8€.

Dalí Theatre-Museum (located in Figueres) is the “largest surrealistic object in the world” and is located in a former theatre that was destroyed during the Spanish Civil War. It also happens to be where Dalí decided to create his museum. Most people spend around 2 hours there, and tickets are 15€. Like the other museums, the hours depend on the day and should be looked at ahead of time.

Grab a drink and indulge in Spain’s famous tapas

If there is one thing Spain is known for, it’s tapas, small plates served at bars. Tapas are meant for sharing with friends while enjoying a drink (order first) before moving to another bar and repeating the ritual.

While Barcelona’s tapa scene is known for the usual affair — like patatas bravas and jamón ibérico — it’s also known for regional dishes like pan con tomate, Spain’s version of bruschetta, and la bomba, a beef and potato croquette topped with either allioli or bravas sauces.

You can expect to find tapas anywhere in Barcelona, though quality and price depends on where you go. Some of the most popular spots in Barcelona are:

Bar del Pla (located near Barri Gotic) is quite possibly Barcelona’s most famous tapas bar for both locals and tourists alike. And it’s because of the delicious and affordable food, friendly and welcoming environment and selection of organic wines. The menu changes to stay in season, but they always have the classics in stock.

Cal Pep (located in El Born) is another tapas bar that regularly makes the top of the list in Barcelona. You’ll often find long lines of both locals and tourists waiting to eat Cal Pep’s famous cloïsses amb pernil, which is a local clam and ham dish. Though it may be difficult to snag a barstool, the tapas are well worth the wait.

Vegetarians rejoice! Though Spain is known to be a meat-centric culture, tapas bars that serve vegetarian and vegan options are no longer a novelty in Barcelona. Head to La Vitamínica de Horta, a tapas bar outside of the main tourist spots (located in Horta), for traditional Spanish foods minus the meat.

Get with the hype and have a glass of Spanish vino

Spain has one of the most well-known and oldest wine traditions and is one of the largest vino producers in the world.

In typical Spanish fashion, most people drink what wine is regionally available; Barcelona is famous for both red and white wines.

Head to one of the city’s many bodegas, wine cellars and bars, for both vino rioja and blanco.

For sangria, a red wine punch that is mixed with fresh fruit and juice, grab a pitcher at Los Caracoles (located in Las Ramblas). The bar has served sangria for five generations —  it opened in 1835 — and has naturally perfected the drink. It’s considered one of the most famous sangria bars in Barcelona and has served everybody from athletes to U.S. presidents.

For cava, Spain’s version of sparkling wine, you’re in the right place because most of the country’s cava is produced in the region. Though cava can be found all over the city, check out La Vinya del Senyor (located in Barri Gotic), which is one of the most popular cava bars in Barcelona. Grab a glass and hit the terrace, where you’ll have the best view of Santa María del Mar, a famous gothic church.

Bask in the Mediterranean sun at world-renowned beaches

Beaches are a dime a dozen in Barcelona, though many people will have you fooled into thinking there’s only one — La Barceloneta is the most popular beach for both locals and tourists to soak up the sun.

However, the former fishing town is loud and crowded. Head to Castelldefels if you want a more peaceful or family-friendly experience. The beach is also the perfect place for windsurfing.

Or if you just want a slightly calmer version of Barceloneta, go 24 miles south to Sitges, a family-friendly beach town with a maze of cobbled streets and a beach that is made for volleyball.

Spain is a football country. And Barcelona’s team, FC Barcelona, is one of the best in the nation.

FC Barcelona is in three leagues — UEFA League, La Liga and Copa del Rey — and plays throughout the year.

If you’re lucky enough to score tickets to one of the two Real Madrid vs. FC Barcelona games, prepare to see the match(es) of the year. The competition between the two cities is deeper than just a football game; it represents the tense rivalry between historically contentious regions, Spain and Catalonia.

Party your heart out at the Barcelona Carnival

Barcelona Carnival is a weeklong festival and party at the end of every February and start of March. The exact dates depend on what day Easter is.

Barcelona Carnival is similar to Mardi Gras, where there are parades with floats, dancers and music, as well as people dressed in costumes and drinking to celebrate the start of Lent. People celebrate carnival as a time of excess because once Lent starts, Spain’s Christians fast and abstain from luxury, like meat and alcohol.

Getting around town (car service, Barcelona)

As one of the largest metropolitan areas in Europe, it can take hours to drive from one destination to another in Barcelona and parking is limited, especially during the high season.

Using a Barcelona car service to bring you to your next activity is the easiest and most comfortable option.